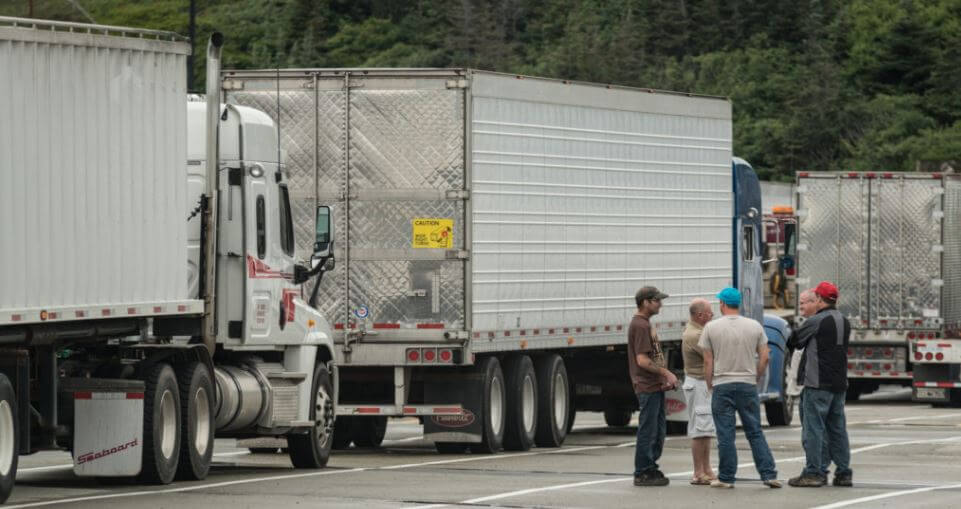 TORONTO, Ont. — While some truckers are basking in the glory of new-found public adulation, others are facing layoffs triggered by Covid-19 closures.

Drivers working in dedicated transportation segments such as auto haulers, or those working in the resource sector, are among those affected.

“Some of our dedicated businesses shut down due to the provincial shutdown. So, we have a few drivers temporarily laid off, but other than that we’re still doing good,” said Geoff Topping, Challenger’s vice-president of human resources.

Twenty support staff will also be laid off, but all will continue to receive company benefits, Topping added.

One of the worst-hit companies is Autobahn Freight Lines, a Brampton, Ont., carrier specializing in the transportation of auto parts.

All of its 400 drivers are either owner-operators or independent contractors. Most of them are out of job now because of the fleet’s heavy reliance on the automotive industry, said Shyamjith Haridasan, safety supervisor at Autobahn. In some cases, drivers have chosen to stay home, he said.

“We are predominantly doing auto parts, and the automobile industry is entirely down right now. We don’t do much of the general freight, only 10%.”

The lack of business has led to the layoff of 80 office staff, more than 80% of Autobahn’s employees, Haridasan said.

In Alberta, the Mullen Group laid off an undisclosed number of employees this month in response to what company chairman and CEO Murray Mullen called “unprecedented declines in economic activity” because of the pandemic.

Quebec’s Groupe Robert has laid off a few drivers, but the company did not say how many people have been affected.

The cuts are not limited to for-hire fleets.

Mike Millian, president of the Private Motor Truck Council of Canada, told Today’s Trucking that several PMTC members are in the process of laying off drivers and other staff.

He said many of them are also struggling with whether to act now or wait until full details of government relief packages announced in the past few weeks are released.

The federal government has unveiled stimulus measures worth $107 billion, including tax deferrals, interest-free loans, and a 75% wage subsidy for small- and medium-sized companies to avert layoffs.

More details are expected to be released in Ottawa this week.

“We have some members, who provide essential services, like delivering food, supplies to stores, medical supplies, among others, who are becoming busy and struggling for drivers and equipment, but that is far outweighed by those who do not have enough work to keep their drivers moving,” Millian said.

The PMTC has asked fleets looking for work to contact its offices with their details so that it can put them in touch with carriers needing extra power and labor, Millian said.

“The ones looking for help are outnumbered three-to-one by those who need work. This industry is a resilient one, and this will be the toughest test yet,” he added.