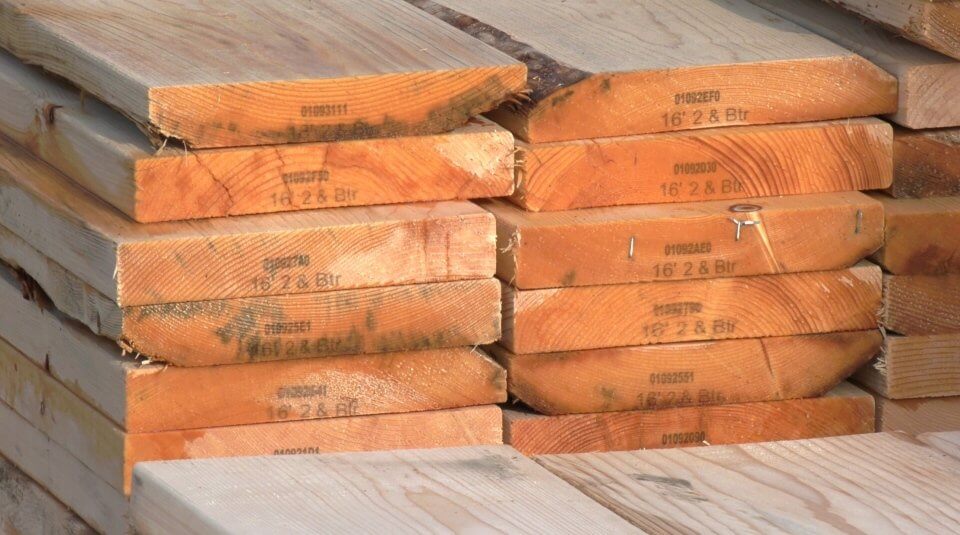 OTTAWA — The cost of lumber has skyrocketed during the pandemic.

Whether it’s building a backyard deck or fence, or framing interior walls for an addition or renovation, the cost will likely be double what it was last year.

Initially, Roger Liddle planned for a huge 25-by-30-foot wooden deck in the backyard of his new home in Manotick Ont. Once the design was complete, Liddle priced it out.

“The prices we looked at for the lumber last summer was quite reasonable,” says Liddle. “If we had just bought the lumber and done the work ourselves the deck would have cost about $3,000 for the lumber itself.”

Today, that same lumber has more than doubled in price. Tim Priddle, co-owner of The Wood Source, says the cost will likely keep climbing throughout the spring and into summer.

“The perfect storm began last March when COVID hit and immediately there was a decrease in production,” says Priddle. “No one knew what was going to happen and that decrease has stuck with us all the while demand has increased massively.”

The pandemic is keeping many people closer to home, some with few travel plans and many are deciding to renovate. There has also been a swell in new home construction and builders require large quantities of lumber.

The demand has not only driven the cost up; it has created a shortage as well.

Priddle says their lumber yard and mill receive wood from around the world, but the bulk of it comes from western Canada. Softwood like Douglas fir, red cedar and pine, used in construction.

“All the wood we order in those particular species whitewood, fir and cedar are PTS, Pricing at time of shipment, so wood we ordered in October or November hasn’t arrived yet we don’t know what we’re paying for it yet and we won’t know until it’s on a truck heading to us.”

Priddle says they have stock for the short term but cannot say what the price will be by mid-summer. In order to offset demand, the Wood Source has imported Alaskan Yellow Cedar, at a competitive price, to provide alternative options when it comes to building a deck. They have also brought in cedar planks from Japan.

But the climbing cost has framed up a new problem for construction companies.

Cody Czeitker, who owns Alteck Group, says while business has been booming, the lack of materials is causing a backlog and price fluctuation in lumber, can make work quotes tough.

“Sometimes when we pre-order the wood it’s not even ready when we have the job starting so then we are pushing back other jobs,” says Czeitler. “and it’s hard to even price the jobs properly because we don’t know what the lumber is going to cost in four weeks from now.”

Czeitler has also had to take a hit to his bottom line for contracts that have been signed before the boon.

“When we go to do the job now and the price of lumber is double what it was we’re eating those costs.” Czeitler says.

Priddle suspects if COVID restrictions lift, more people will choose to spend time away from the home as opposed to building something for it, adding, there could be a price drop towards the end of the fall season or early 2022.

For Liddle, he has no plan to scrap his deck build. Instead, it will be more modest, and include a stone patio.

“We just prefer to have a nice area to socialize in and we don’t need to build too elaborate.”

Champion Shavings is Here for You!