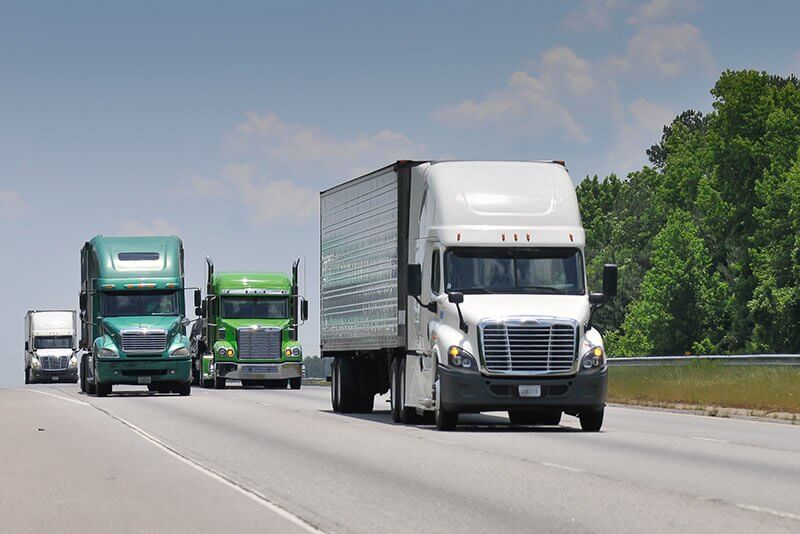 An Article by Jerry Hirsch. (trucks.com)

A shortage of drivers is the trucking industry’s top concern. (Photo: Brian Hadden/Trucks.com)

A shortage of drivers tops the pending implementation of the federal electronic logging device mandate as the biggest trucking business concern, according to an industry trade group.

In its annual survey, the American Transportation Research Institute found that motor carriers and the industry in general are most concerned about a lack of qualified drivers to carry the nation’s freight.

The institute, or ATRI, released the survey results Monday on the second day of the American Trucking Association’s Management Conference & Exhibition in Orlando, Fla. ATRI is the research arm of the trucking trade group.

In a separate report released at the conference Sunday, the ATA said the driver shortfall could reach 50,000 positions by the end of this year and if trends hold, will grow to more than 175,000 by 2026.

“In addition to the sheer lack of drivers, fleets are also suffering from a lack of qualified drivers, which amplifies the effects of the shortage on carriers,” said Bob Costello, the ATA’s chief economist.

The driver shortage was the top-ranked issued for the industry for the first time since 2006.

ATRI recommended that the industry work with state and federal authorities to develop a graduated commercial driver’s license program to attract younger drivers to the industry and partner with the Department of Labor to create a national driver recruitment program.

“Identifying the right mix of partners and strategies to effectively address the driver shortage is one of our top goals for the industry” said Chris Spear, the ATA’s chief executive.

Some industry leaders say motor carriers must also increase driver pay significantly to make the career more enticing to workers who otherwise will go into construction and other trades.

“There is a real severe driver situation at this point and it’s only going to get worse, which probably means that driver wages are going to ratchet up pretty heavy for the next two to three years,” Max Fuller, executive chairman at US Xpress, told Trucks.com in a recent interview.

The e-commerce boom and a growing U.S. economy are increasing the demand for truck drivers to haul freight. The ATA projects freight volumes to grow 2.8 percent in 2017, followed by 3.4 percent annual growth through 2023.

The Dec. 18 implementation of a federal regulation that requires truckers to use electronic logging devices, or ELDs – digital equipment that monitors whether they are adhering to limits on driving hours, dropped to second in the ranking this year.

With just a few months to go before the deadline, as many as 1 million of the nation’s 3.5 million truckers have yet to prepare for the new rule, according to Chris Harlow, director of operations at Zed Connect Inc., a Los Angeles ELD provider.

Many truckers object to the regulation, saying that digital monitoring of their driving is an invasion of privacy. Although legal efforts to block the rule were rejected by the U.S. Supreme Court earlier this year, the drivers continue sporadic protests and have launched an #ELDorMe Twitter campaign to gather support.

The number of hours drivers can operate a truck, also known as the hours-of-service regulation, is the industry’s third rank concern as motor carriers and drivers look for increased flexibility in the rules.

The lack of available truck parking held its fourth place overall but moved up to the number two issue for commercial drivers. Completing the list of the top five issues this year is the ability of motor carrier to retain their drivers.

The trade group received 1,557 responses to its survey from industry stakeholders in the U.S., Canada and Mexico. A majority of respondents were motor carriers, 50.4 percent. Commercial drivers made up 35.7 percent and other industry insiders accounted for 13.9 percent.

“ATA and its federation partners rely on ATRI’s annual analysis to ensure we successfully navigate the important issues now and into the future,” Spear said.