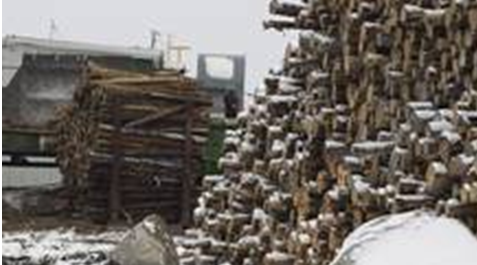 If they think they will tire us out and at some point we will throw in the towel, they’re mistaken: Couillard

Freeland offered the blunt assessment before meeting members of Quebec’s forestry sector, who for nearly two months have been charged duties for shipping softwood south of the border.Canada and the United States remain “quite far apart” on negotiating a softwood lumber settlement, Foreign Affairs Minister Chrystia Freeland said Monday, suggesting that any hopes for a swift resolution may be dashed.

“Our positions are still quite far apart,” she said after addressing the International Economic Forum of the Americas in Montreal. “But I think that talking is always a good thing and that is something that we are doing very actively and energetically.”

Her comments come after Raymond Chretien, Quebec’s softwood lumber envoy, said earlier this month that he was optimistic the trade dispute could be resolved before NAFTA renegotiations get underway in mid-August. He also warned, however, that the softwood standoff could last for years if an agreement isn’t reached prior to those NAFTA talks.

There are “good grounds for reasonable parties” to strike a deal, Freeland said, pointing out the U.S. economy’s dependence on Canadian lumber because it can’t produce enough to satisfy its own needs.

“We remain of the view that a negotiated settlement would be the best outcome for Canadians and Americans — very much including, by the way, middle-class Americans who want to buy a house or at summertime maybe they want to build their deck.”

She said the federal government remains confident in its position that the duties on Canadian producers are punitive and without foundation.

‘If they think they will tire us out and at some point we will throw in the towel, they’re mistaken’- Quebec Premier Philippe Couillard

In late April, the U.S. set countervailing levies on Canadian softwood lumber producers ranging from three to 24 per cent on allegations that they are unfairly subsidized, accusations that Ottawa and the Canadian industry rejects.

A decision on anti-dumping duties is set to be announced June 23 that could add another 10 per cent to those tariffs.

On June 1, Ottawa announced a financial aid package worth $867 million for the lumber sector to weather the impact of the duties. But some fear that could embolden arguments from the U.S. lumber lobby that its counterparts in Canada are unfairly subsidized.

Quebec Premier Philippe Couillard vowed to continue fighting for the interests of his province’s forestry industry, no matter how long the trade battle lasts.

“If they think they will tire us out and at some point we will throw in the towel, they’re mistaken,” he said.

How to Properly Use Wood Shavings